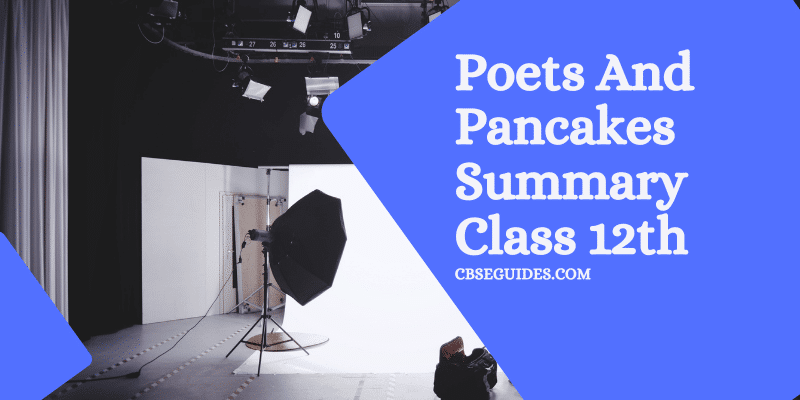 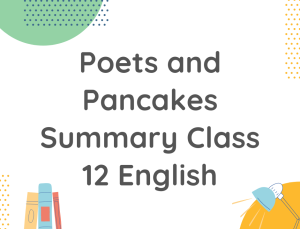 Given underneath is the Summary of the lesson – “Poets and Pancakes Summary ”.

The lesson begins with Asokamitran telling us about Gemini studios. We learn about the very popular make-up brand whose name was ‘Pancakes’. The Gemini studios use this brand excessively and order truckloads of their products. After that, he goes on to tell the readers about the troubles the actors and actresses face.

Further, we learn that the author is a poet who joins the studio to become an actor, screenwriter, director, or lyricist. He has a cubicle to work where he has to collect newspaper cuttings. The office boy always came in with his complaints to the author. The author thinks that Subbu is the one who troubles him. As Subbu is a Brahmin, the author thinks he has an upper hand.

We see that Subbu is a resourceful man with a loyalty that sets him apart. Subbu is the perfect one for films and film-making is impossible without him. Everyone loves Subbu for being friendly and hospitable.

Along with many others, Subbu also does poetry. He works for the story department that also has a lawyer. However, people considered him to be the exact opposite of a legal consultant.

Moreover, he is a logical man with a neutral mindset in a group where there are only dreamers. After that, we learn how the Gemini Studios got the opportunity to host the Moral Rearmament Army. They are a group of international performers named Moral Rearmament Army. While they did not have very complex plots or messages, their sets and costumes were almost perfect.

Further, another guest, Stephen Spender, makes a visit to Gemini Studios. However, turns out, he is not that famous and many people have not even heard of him.

Moreover, owing to language barriers, many could not understand him. Thus, his visit remained a mystery until after many years the author saw Stephen’s name in a book and recognized him from his visit to the studio. 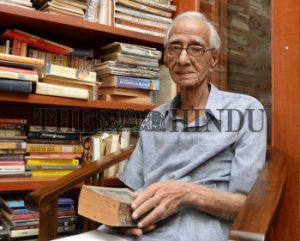 Ashokamitran (22 September 1931 – 23 March 2017) was the pen name of Jagadisa Thyagarajan, an Indian writer regarded as one of the most influential figures in post-independent Tamil literature. He began his prolific literary career with the prize-winning play “Anbin Parisu” and went on to author more than two hundred short stories, and a dozen novellas and novels.